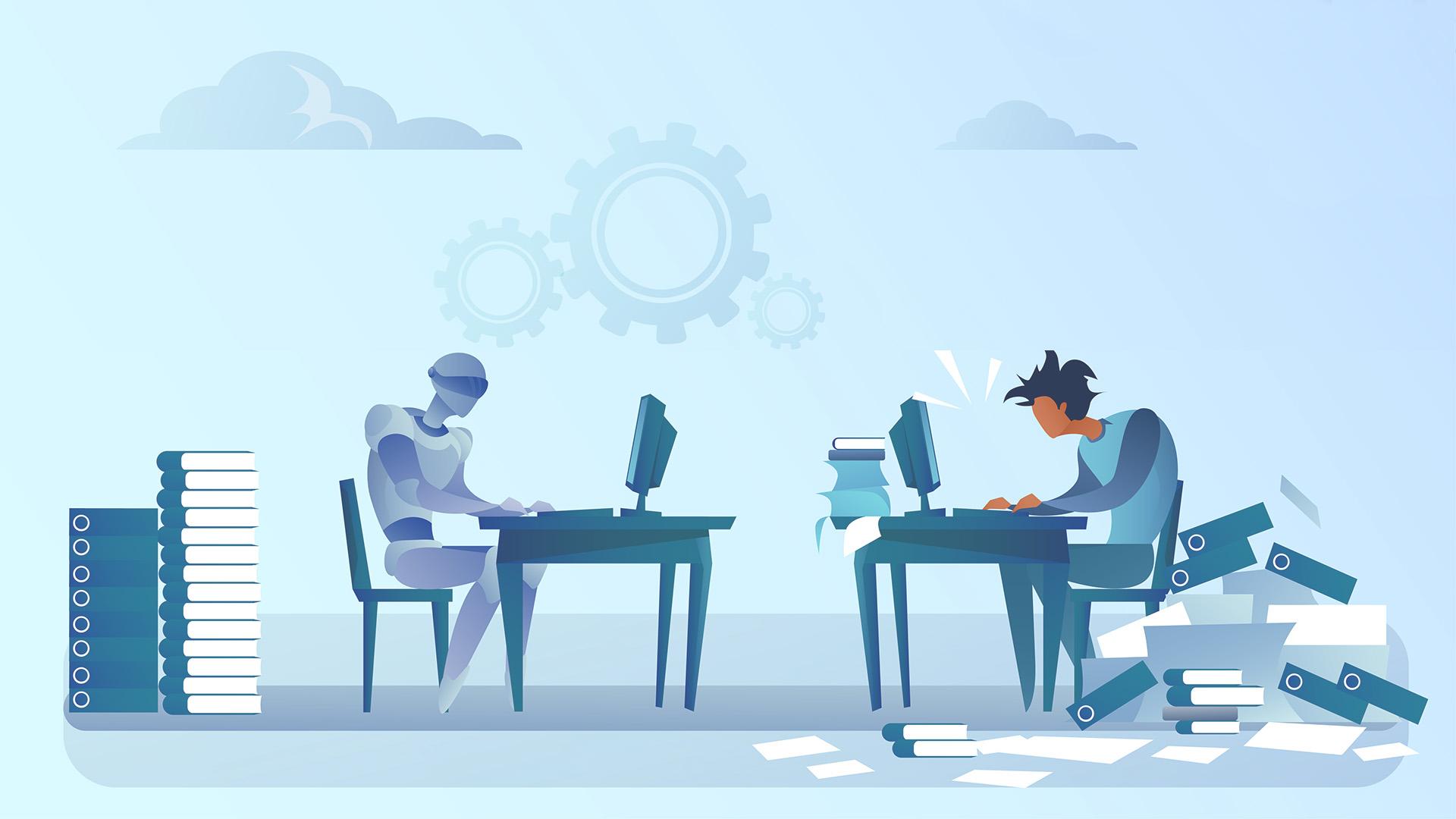 Manual and automation test: In now a world the software is more important thing for all kind of peoples. Because if start like any business, institution, Education, etc using a software is more important one so the developer developed the software like web application, android apps using code. And the next step is very important “Testing” it helps to identity the any bugs or defects in the developed software application before deliver the end user/clients.

What is Manual Testing?

Manual Testing is a process of finding the defects, bugs in a software program by human without any tools. A tester performs the testing at end user role and verifies if all the feature are working fine or not.

Manual testing is the process of using the trademark of an application as an end-user. A Tester executes the test cases by manually. The tools which are used in this process like Bugzilla, JIRA, J meter and many more

The purpose is to identify bugs or defects, ensure the product is error free and check it conforms to specified functional requirement.

A manual tester the test cases or scenarios with 100 % test coverage and execute them one by one before verifying the results. They ensure thet any reported issues are passed to the development team to fix and tested again until this application is bug free.

Finally main definition is manual testing is the process of software testing in which we execute the test cases manually without using any automated testing tool.

Acceptance testing: They will check Weather the product is good for live or not. It have two levels like Alpha and Beta

White Box Testing: The White Box Test method is the one that looks at the code and structure of the products underlying the structure, architecture and code to validate input –output flow and enhance design, usability and security knowledge to perform the test. In this testing done by developer.

Block Box Testing: Black Box Testing is the method that does not think about the internal structure, design, and product application to be tested but the tester does not know it’s internal functioning of the application. It only evaluates the external behavior of the system. The inputs obtain by the system and the outputs or responses it produces are tested. In this type of testing executed by tester. Also block box testing split into two main types are Functional and Non-Functional testing.

Unit Testing: Is nothing but a code of individual module of the software application is working fine or not.

Integration Testing: Once unit testing conducted the programmer will combine all modules together and will check the interaction between these modules.

How does Manual test works? 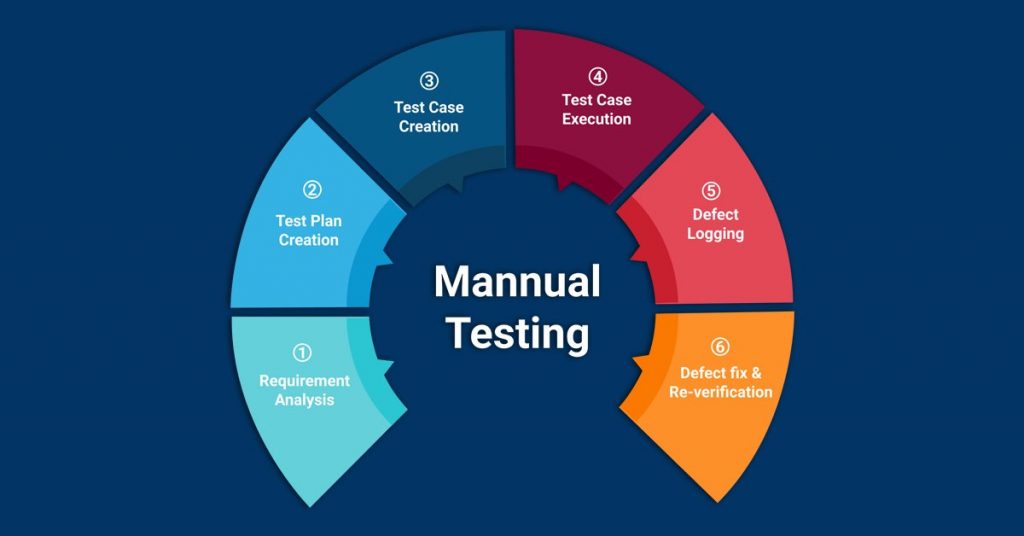 A six basic steps to involved the manual testing are works,

The first thing a tester to analyze the fully understand the project’s requirements. What does the client expect from the software application? What problem is it aiming to solve for end user? And more question

Once the requirements are understood tester can draft test cases to cover various scenarios, such as what happens when a user enter an invalid password or how the software would cope with crash.

These test plans will set out a progression for testing functionality and usability across the entire application calculated against expected results.

The test case review process helps to review the draft test cases with team leaders and the client, to check that they will cover all help and supports make any amendments before go about the implementation. Test case review will save time in the long run.

Manual testing can now be carried out, using any of techniques listed in the previous section.

As well as to identifying the bugs, and the aim of this stage prospects pain points for users and loopholes that could be utilize by hackers. Testers executes the test cases one by one, sometimes using bug tracking tool like Jira.

When bugs are find out by testing team and it will pass the metrics to the development team in the form of a test report.

This report bugs are restrain details on how many defects or bugs were found, and also how many test cases failed and which need to be re-test.

Once the development team has fixed the bugs, the application again go to the testers. They carry out the test cases again to check that the application is until bug free.

Read more: Why we need the testing for Website and Mobile applications

What is Automation Testing?

Automation testing is tests are executed automatically via test automation framework, along with other tools and software.

It is a type of software testing where the tester execute the test cases using automation tools. Automation testing mostly used for regression testing.

The Automation testing software can also enter test data into the system under test, then compared to the expected and actual results and generate detailed test reports. A software test automation demands considerable investments of money resources for automation tools.

How does Automation testing works?

A five main steps to be involved the automation testing are,

A first step in automation testing is to select a test tool. A tools selection is largely depends on the technology Application Under Test (AUT) is built on.

Step2: Define the scope of Automation

In this 3rd stage to prepare plan list for how to execute the test scripts and generate test report, the following steps are,

Selenium can automate and run test cases across multiple browsers and various programming language like c#, Java and python.

And finally the Cypress covers end to end, integration and unit tests all within a browsers.

It should be maintain the test data after completing the test execution in automation testing. It is important stage of this process because data is more difficult to store and maintenance.

Difference between the Manual and Automation testing 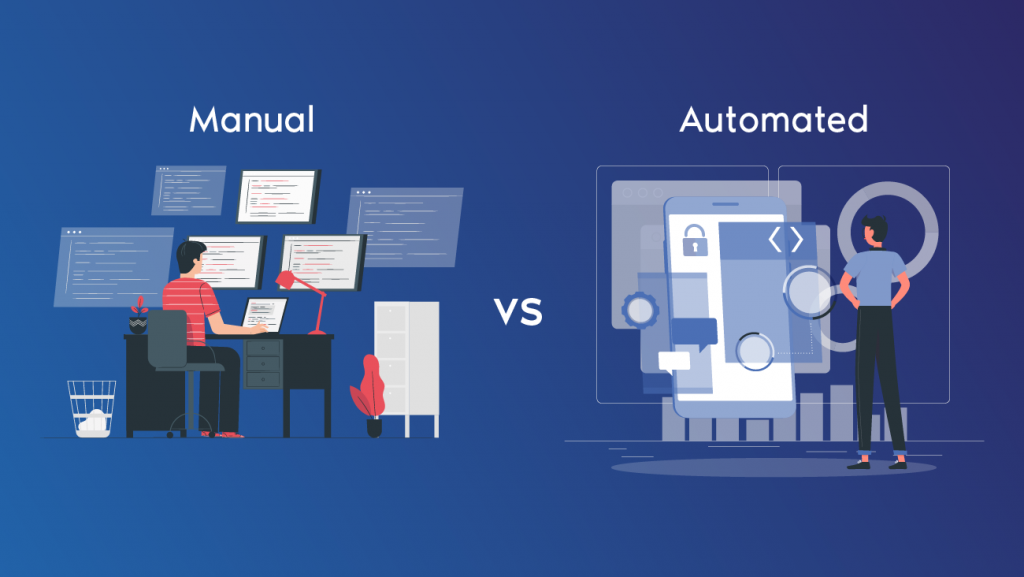 Nowadays it is rare to appear any company that does not have a mixture of both automated and manual testing frameworks. When the combination is successful it is because manual testing and automated testing don’t decline one another.

The manual testing is a vital part of user friendly software development because human are involved in testing software application and end user are also human. Get more information contact us [email protected]